Into the Woods: Developing Whitewater Resort into a 4-Season Tourism Destination 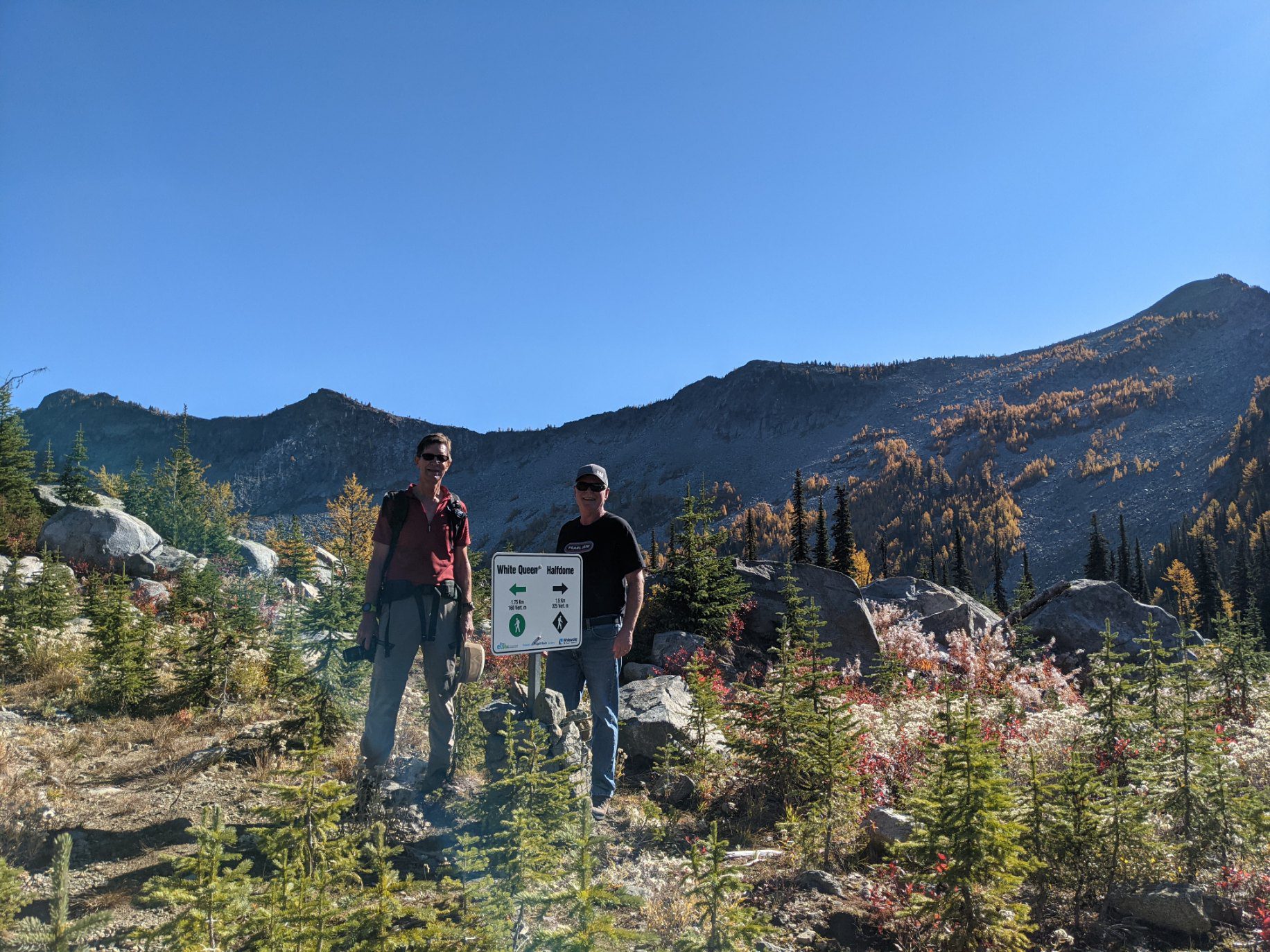 Standing at the summit of White Queen, a scenic trail just outside of Nelson, BC, a hiker glories in the panoramic views. Kokanee and the Valhallas are prominent among the giant overlapping mountains fading to blue in the distance.

The summit, reaching a total elevation of 2,180 metres, is a popular destination amongst a network of trails at Whitewater Ski Resort that Colby Lehman, Whitewater’s outdoor operations manager, and his four-person crew recently built or cleaned up. Hikers seeking spectacular alpine views can now easily access it and other viewpoints via “blue-level” trails. The trailhead is a convenient 20-minute drive from downtown Nelson via the resort’s all-weather road.

“There’s a fairly limited number of alpine hikes you can get to that are an easy drive,” explains Guy Woods, director and treasurer of Friends of Pulpit Rock, a volunteer-driven society that maintains Nelson-area trails. “At Whitewater people can drive up in an RV or something big like that, which is pretty unheard of around here. It might be bumpy, but you can certainly take any vehicle you want up there before you set out on foot into the woods.”

Starting at the lodge parking lot, hikers cross familiar ski terrain along the Silver King Access and Switchbacks trails and ascend to the stunning Silver King Ridgeline. The trek is approximately 4.2 km with an elevation gain of 550 metres.

Unlike many other high elevation trails in the area, which are accessed only by 4-wheel drive and involve a minimum one-hour road trip to reach the trailheads, the Whitewater trails welcome Nelson residents and tourists alike to spend an afternoon hiking and return home before dinner. Access to alpine trails for moderate hikers driving large recreational or low-clearance highway vehicles was non-existent until the Friends of Pulpit Rock Society began their mission to further develop the half-bowl area for hiking in the off-season. Their vision came to fruition with an Economic Trust of the Southern Interior (ETSI-BC) grant, which was supplemented by an additional $10,000 from the ski resort.

“The Pulpit Rock Society is a small group of mostly old guys who look after the trails in town, but we’re not in a position to fund actually building them, so grants like this make all the difference in the world,” says Woods, a 70-year-old mountaineer who spearheaded the recent project. Passionate about encouraging a healthy lifestyle in his community, Woods acted as front person for the team. In addition to securing grant funding, he assisted the trail builders, putting up reflective trail markers and junction signs and painting rocks to identify the trail system. New signage increases safety along all routes to the top of White Queen, which is also accessible from the west via the Hummingbird Pass trail, creating a circular route.

Establishing Whitewater as an All-season Destination

Over the last few years, Kootenay Mountaineering Club’s Hummingbird Pass trail has proven very popular with the public and tourists. In the absence of marked trails, signage, and trail improvements, inexperienced hikers, and tourists unfamiliar with the area were discouraged from hiking the neighbouring, linked trail system at Whitewater—until now.

“All these routes were in use before, but they were difficult to walk, because there really weren’t trails there; you had to go up and over a fireguard and stumble over deadfalls and boulders and whatnot,” says Woods. “The moderate person wants to know they’re actually on a trail and don’t have to find an unmarked route to get themselves up, down, and home safely on a Sunday afternoon.”

The investment into the area as an all-season destination has long been a goal for Whitewater Ski Resort, which secured a million-dollar grant through the Community Economic Recovery Infrastructure Program to develop a backcountry lodge as well as campsites, including 10 RV sites that will open the resort to additional tourism through increased access and more extended stays. The improved hiking trail network is but another reason to visit.

“This is building up to be a major tourist draw,” says Woods. “People interested in hiking, or even staying at the new campsites, will be spending their dollars in and around Nelson. They’ll go to the restaurants and perhaps do some shopping and even gas up at the local stations before they head home.”

Economic value aside, Woods is proud of the collaborative project that is mutually beneficial to businesses and to those seeking outdoor adventure. “It’s nice to see the trails greatly improved so that all kinds of people can get up there and make use of them.”