“With this latest batch of approved projects, ETSI-BC has provided a record-breaking level of grant funding this year to help grow local economies. Over $3 million has been awarded to projects worth almost $8 million. Over $1.26 million of that total was awarded through three Funding Intakes, another $225K was provided to post-secondary entrepreneurship initiatives, research partnerships and networks of economic development practitioners, and $1.7 million was awarded through the Rural Business & Community Recovery Program, which supports 36 Economic Recovery Advisors working directly with businesses and communities across the region,” notes Laurel Douglas, CEO of ETSI-BC.

The impact of ETSI-BC funding can be felt in all corners of the BC Southern Interior.  Projects approved in this Funding Intake alone are taking place in five First Nations and all Regional Districts in the Southern Interior, including the Thompson-Nicola, Okanagan Similkameen, Central Okanagan, North Okanagan, Central Kootenay, Kootenay Boundary, East Kootenay, the Columbia Shuswap, plus Hope.

“On behalf of the ETSI-BC Board, I am delighted to share this news,” said Chris Pieper, ETSI-BC Board Chair and Mayor of Armstrong. “These projects will help build economic development capacity in our communities, support innovation and help advance key sectors of our region’s economy.”

The projects received endorsement by both ETSI-BC Regional Advisory Committees in a meeting on Friday Dec. 10, which saw record turn-out by the community leaders who are members. “As a new member of the Columbia-Kootenay Regional Advisory Committee, I was really impressed with the progressive and really awesome projects that were approved in this Intake,” said Steve Morrisette, who also serves as an ETSI-BC Board Member and is Mayor of Fruitvale.

“It’s been a really enjoyable experience to be sitting on this Board and to see the organization evolve,” said Terry Rysz, an ETSI-BC Director, member of the Thompson-Okanagan Regional Advisory Committee and Mayor of Sicamous. “It’s exciting to see 23 different projects like this being supported by ETSI-BC, which have a total value of 4 times our investment.  I’ve really enjoyed being part of ETSI-BC’s new direction, and I’m looking forward to 2022.  Chris, Laurel and the ETSI-BC team are making an amazing difference when it comes to helping out economic development in the Southern Interior.”

Here is a list of projects approved in the ETSI-BC Fall Funding Intake:

ETSI-BC, the Economic Trust of the Southern Interior, was created in 2006 with a $50 million endowment to assist in the growth and diversification of the economy of the Southern Interior of BC. The Trust is governed by a 13-member Board of Directors, receiving input from Regional Advisory Committees made up of elected officials from both the Thompson-Okanagan and Columbia-Kootenay regions. We add value to the economic development ecosystem and provide funding for projects in four key funding streams:
1) Building economic development capacity,
2) Supporting business resilience and growth,
3) Developing human capital and
4) Innovating and advancing key sectors.
For more information about ETSI-BC, visit the Our Story page on our website at www.etsi-bc.ca

We'd love to hear from you! 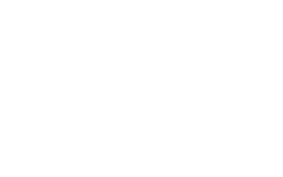